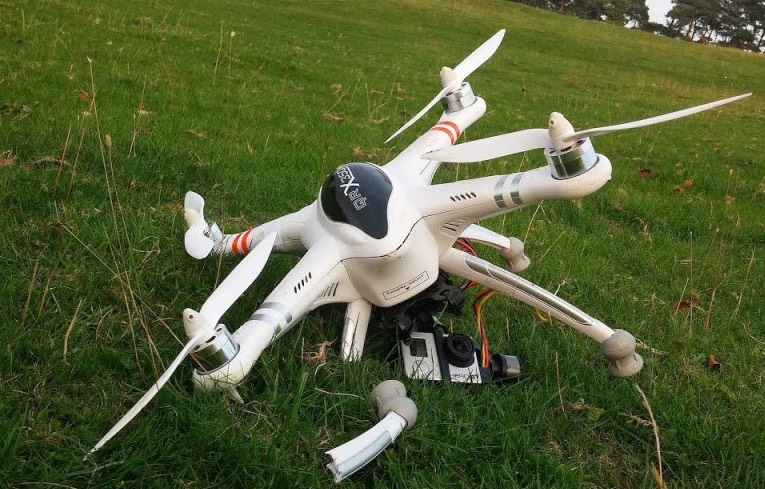 Five years ago I got the opportunity to test a Drone. I wanted to see what it could used for in the forestry. It did´t take long before I discovered that you could get 3-D data from the Forest if you took a lot of pictures and processed the pictures on a computer. It was rather cumbersome and took a long time but it was impressing. At that time the drones was not so good and one windy day I lost the control of the drone and I watched how it drifted away and the battery lost it power. The drone hit the ground and was destroyed.

But an idea has emerged. Wouldn´t it be possible to use the same technique without sending an expensive tool up in the air? I took my phone and took a lot of pictures and processed them in the computer and a digital forest was made. In the digital forest I could see the stems and measure them. Still it was very time-consuming and hard to succeed. I thought that it was not possible to use in practical forestry. Fast forward a few years ahead. Apple and Google released AR to iOS and Android in the end of 2017 and suddenly the situation has changed. Now you could process the data in real time, something that previous took minutes was now immediately available. I got an idea about leaving all the manual measuring tools behind and only bring a phone to the forest. Arboreal was a fact and the journey had begun.

Arboreal is a winner in Venture Cup

Measure the young trees with Lidar

This website uses cookies to improve your experience while you navigate through the website. Out of these, the cookies that are categorized as necessary are stored on your browser as they are essential for the working of basic functionalities of the website. We also use third-party cookies that help us analyze and understand how you use this website. These cookies will be stored in your browser only with your consent. You also have the option to opt-out of these cookies. But opting out of some of these cookies may affect your browsing experience.
Necessary Always Enabled
Necessary cookies are absolutely essential for the website to function properly. This category only includes cookies that ensures basic functionalities and security features of the website. These cookies do not store any personal information.
Non-necessary
Any cookies that may not be particularly necessary for the website to function and is used specifically to collect user personal data via analytics, ads, other embedded contents are termed as non-necessary cookies. It is mandatory to procure user consent prior to running these cookies on your website.
SAVE & ACCEPT